I received a loan of a Mazda CX-9 for a one-week period in order to provide a review. I was not compensated for this post. All opinions are mine.

Although according to the calendar it is still summer - and will continue to be for a couple more weeks, the kids are back in school and summer as we know it is coming to an end. It always goes by too quickly, so I always try to seize the opportunity to do some short family road trips with the kids each summer. It’s getting harder and harder as they get older and are involved in activities and are committed to work schedules. I did manage to get in a nice trip this month, though, with 3 of our 5 sons and I was so excited to have use of a Mazda CX-9 as we traveled. 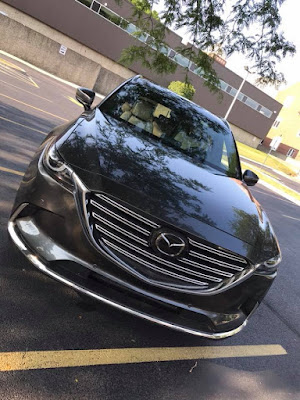 My everyday driver is a small sedan, so it was nice to have something as roomy as the CX-9 for traveling. The 7-seater had all the bells and whistles I’d hoped for - and much more. We made our way out of the Chicago area, through Indiana and up the west coast of Michigan in our SUV. I should insert here that I felt like the car needed a name, even though I have never named a car that I’ve owned before. It felt like it needed a sexy, exotic name and I settled on Antonio after taking to social media with my name contenders and asking friends and followers to vote. Coming in a close second was Pierre, followed by Joaquin and Jean-Claude. Antonio was comfortable and made the drive a breeze.


The biggest thing that wowed me was the radar cruise control. With this feature there were times when I felt like the car was doing the driving for me, even though I had to do the steering. I didn’t, however, have to do any braking or adjusting of the speed. Once I set the cruise control, Antonio did the work. If there was a car in front of me that was going at a slower speed, it adjusted. So, when I set the cruise control to 65, the car went along as usual, maintaining the speed I’d set. But…when I came upon a car that was going slower than the speed I had set, the car adjusted on its own. If the car in front of me was going only 50, the speed was adjusted and a safe distance was maintained. If I then switched into a lane that was clear ahead, up the speed went back to where I set it at 65. It was a little awkward at first and I had a little trouble trusting it at first, but I got over it quickly and loved how little I had to do. 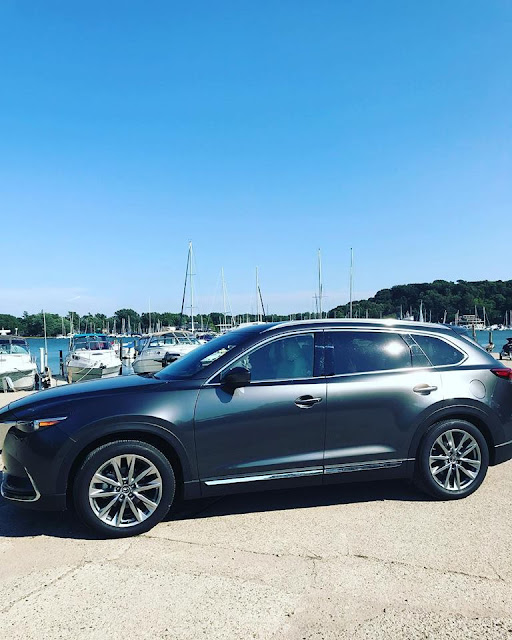 I also loved the Head up Display, which showed my speed and directions right in front of me so I didn't have to look away. There was also a navigation system built in that I could view on the screen to my right. The screen also displayed the radio. Speaking of screens, behind the passenger and driver seats were screens with DVD players - something that is great to have when traveling with kids.

The seats were comfortable in the front and the kids in the middle row agreed they were very comfortable. We had one seated in the back row, who grumbled that he could have used a little more leg room. It wouldn't have been a problem a couple years ago, but since I now have four teenagers in the house, they're growing like weeds and taller than me.

One other feature I loved was that it showed how many miles until your gas tank would be empty. I'm always guessing, especially on a long road trip and I loved that there was no more guesswork. Filling up also wasn't needed as often as I'd expected - it got 20 MPG in city driving and 23 on the highway. 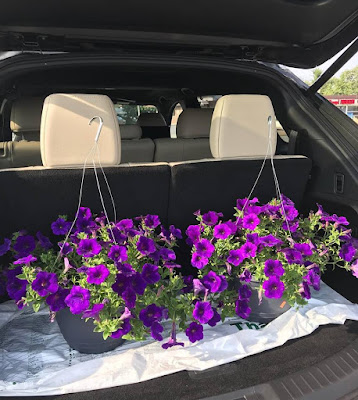 The cargo area had a lot more room than I expected. Before our trip, I made some stops for groceries and other things. The power tailgate was a great feature as I was lugging out bags. One day I stopped for a couple oversized flower baskets at my local farm stand and was surprised at how well they fit in the back. I got them home without losing a single petal. That never happens in my car. Either the trunk smashes them down or I wiggle them on to the floor and lose several flowers in the process. It was very roomy for groceries, too.

I was pretty sad when it came time to return an Antonio. I'm glad he was part of our family trip and would be a vehicle I would love to drive around in every day, whether close to home or on a family excursion.