A Peek Inside Tribune Tower

This past spring I was selected as one of six bloggers/influencers in the Chicago area to serve as WGN Radio Brand Ambassadors. A couple weeks later we were invited to a meeting at WGN Radio's offices and studio in the Tribute Tower to meet some of the producers and management and radio personality John Williams. After some discussions and lunch in a conference room, we got a little tour that included some parts of the building that aren't open to the public and not many people get to see. It was quite a thrill. 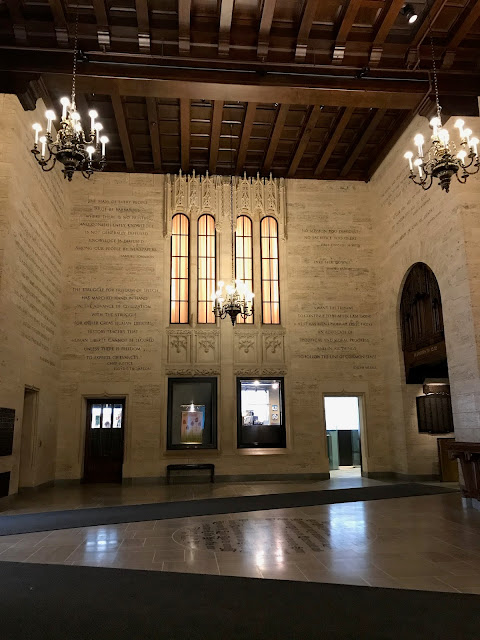 I love history and architecture and it was the coolest thing to spend time in this building, which was competed in 1925. The design was selected among about 260 entries in a contest by the Chicago Tribune as it planned to develop new headquarters. A hefty monetary prize was offered for a design of "the most beautiful and distinctive office building in the world." The winner was a neo-Gothic design by New York architects John Mead Howells and Raymond Hood, with buttresses near the top. Sculptures and decorations were done by American artist Rene Paul Chambellan. The tower was inspired by a French cathedral. 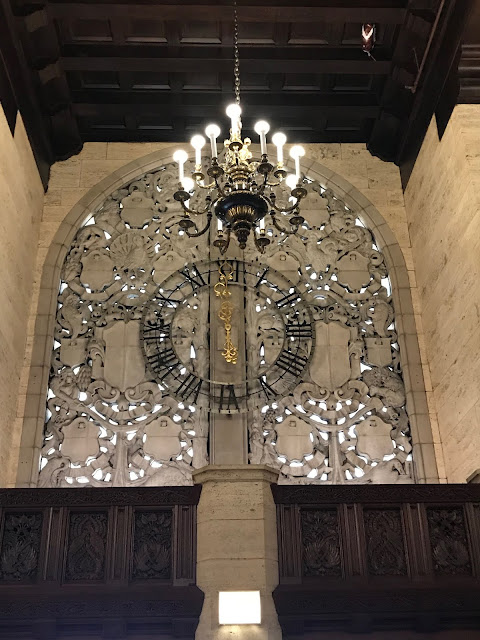 A amazing feature of the building is that pieces of historically significant sites were incorporated into the building construction, a total of 149, that mostly were collected by Chicago Tribune correspondents. Among the stones, rocks and bricks are pieces from St. Stephen's Cathedral in Austria, Taj Mahal, the Parthenon, the Palace of Westminster, petrified wood from the Redwood National and State Parks, the Great Pyramid, The Alamo, Notre Dame de Paris, Abraham Lincoln’s Tomb, the Great Wall of China, Independence Hall and the Berlin Wall. 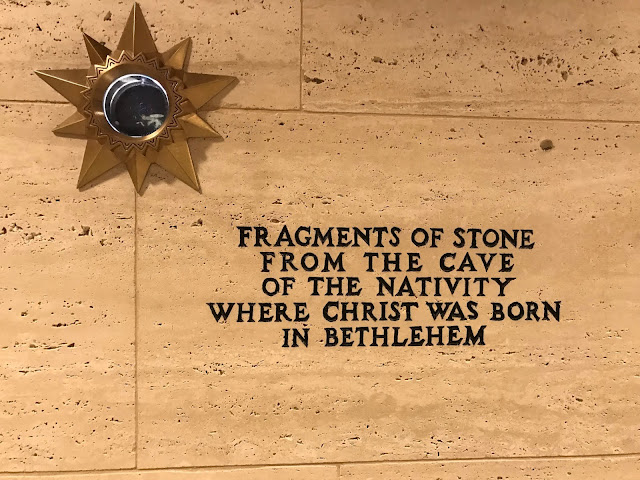 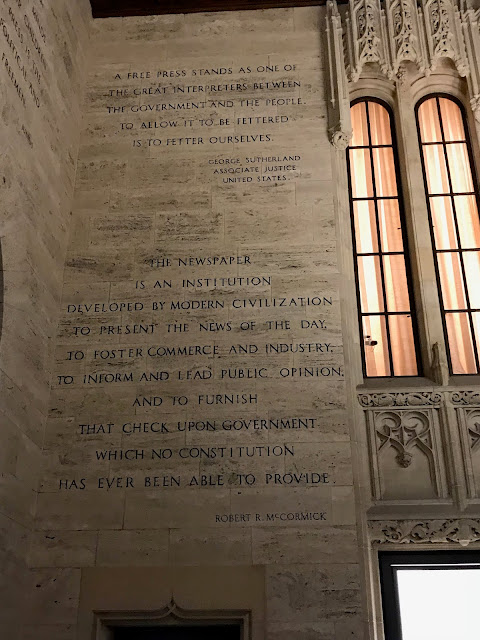 The lobby itself, which at the time could be viewed by the public, is stunning with famous quotes carved into the Wall of Inscriptions. Shortly after our tour, WGN Radio began its move to its new studio and the building emptied in anticipation of conversion of the entire building to private condominiums. Also in the lobby is a large map of the U.S. that was created from shredded money. 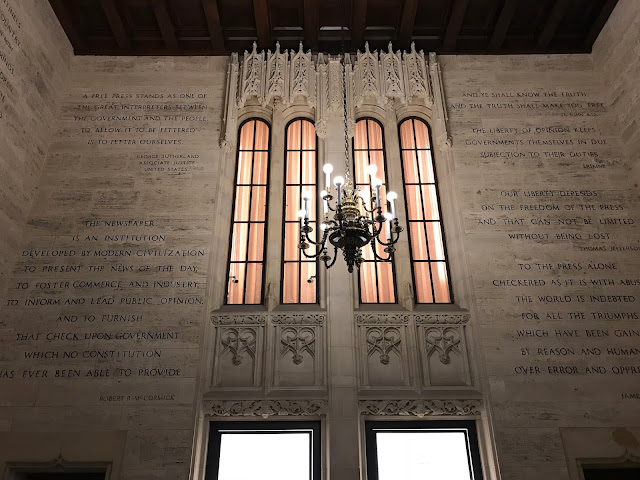 We also had a chance to hang out a little in the studios on the first floor that looked out onto Michigan Ave. where spectators could view live broadcasts through full-length windows. 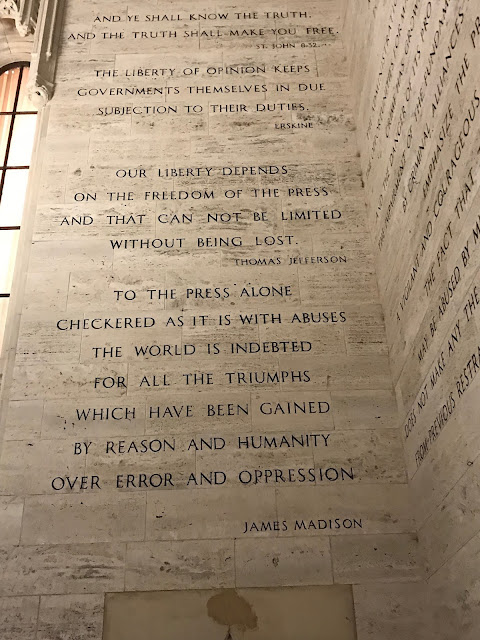 We also had a chance to visit the 24th floor with the office of legendary Tribune publisher Colonel Robert R. McCormick and see his original fireplace, a hidden staircase and a hidden bathroom. Then it was all the way up to the top for some breathtaking views of the city. After my visit, I posted some photos from our tour, including some of the tower at the top. A former co-worker commented that she remembered visiting the building in the 1950s when that area was an observation deck that was open to the public. She said she and her friends went there occasionally and admission was 50 cents. 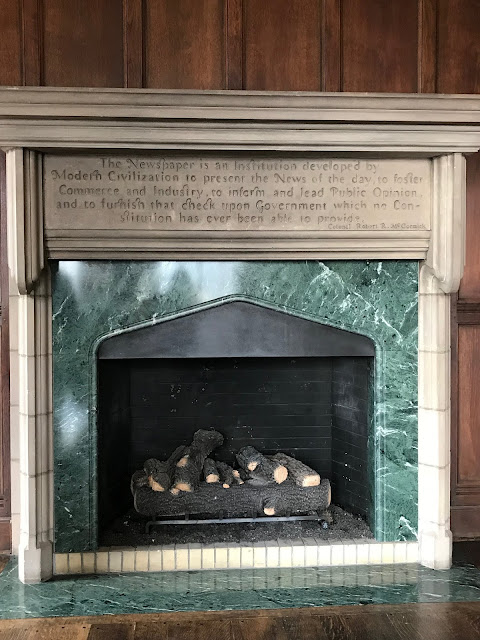 It was such an enormous privilege to have the opportunity to get this glimpse into several parts of this historic building. As a history buff who has been involved in my local historical society for more than two decades and who has authored three local history books, I recognized how lucky I was to be one of the last people to do this tour. And as a writer who has spent two decades crafting articles and columns, it was moving and emotional to stand in that landmark and think of all the journalists who also wrote articles and columns in that building - working to inform and enlighten readers through an impartial lens of honesty and integrity. 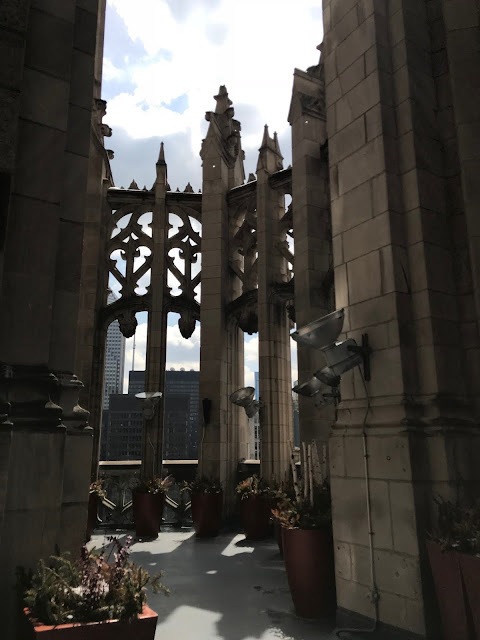 Although it is sad that WGN Radio was moving from such a significant and nostalgic place that had been its home for so long, I've since had the opportunity to tour their new offices at 303 Wacker Drive and well, time moves on and it seems it was time for the station to move on to a more modern space. I'm so grateful to have been able to see both the old and the new office. 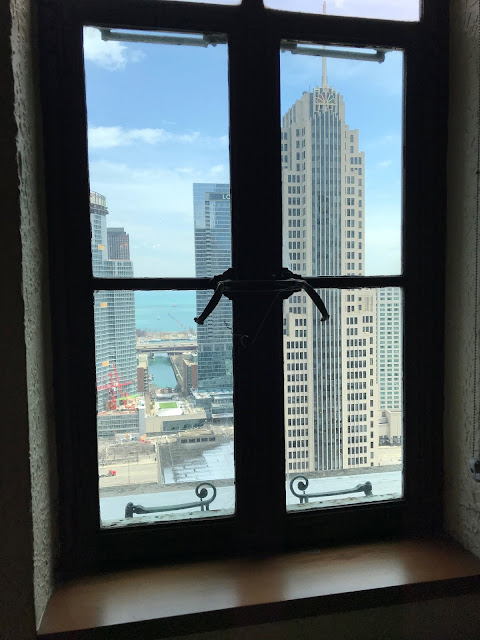 Only time will tell what's in store for the Tribune Tower. In 2020, renovations should be complete and new tenants will be able to enjoy some pretty spectacular views of our beautiful city. On our tour, there was mention of preserving the 24th floor as is, or possibly dismantling it to be relocated. My understanding was that the lobby will likely go largely unchanged. However, knowing that the Tribune Tower will never be quite same, I am glad I was able to see what it once was. 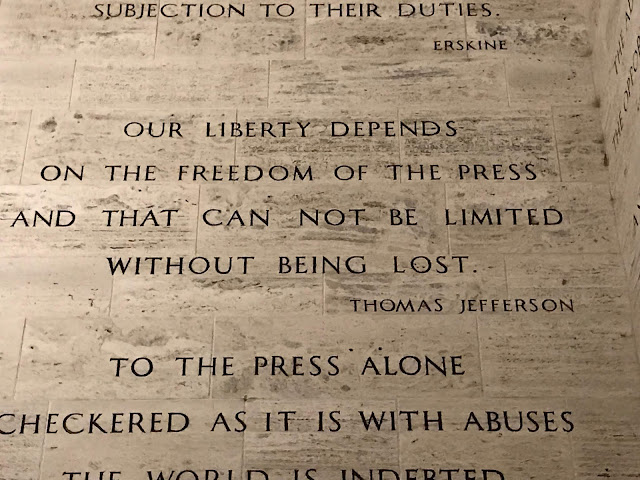 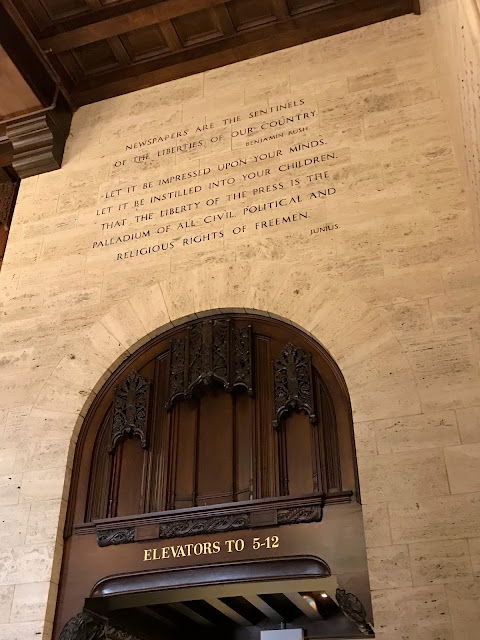 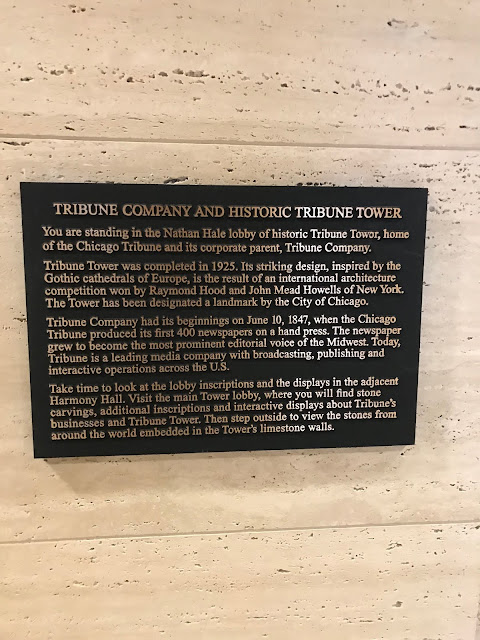 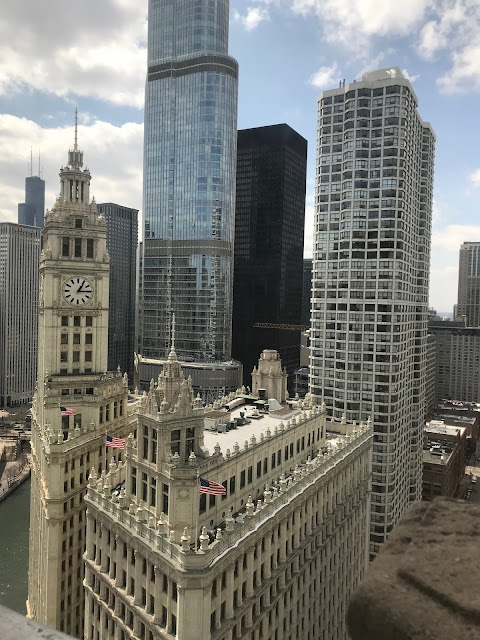 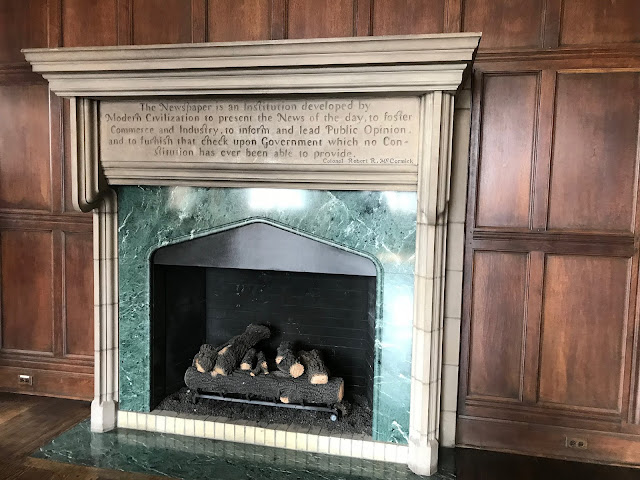 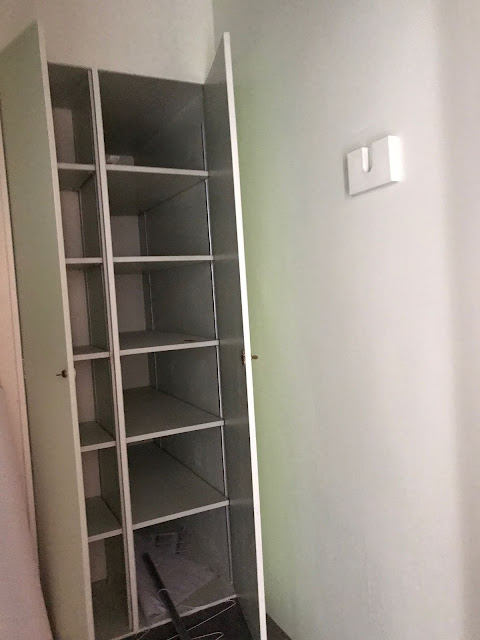 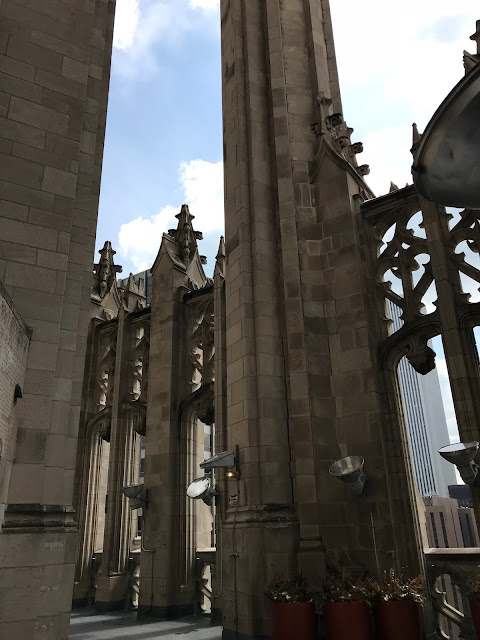